OUR WORD ON THE STREET

Why Super Apps are at the cutting edge of Automated Sales Enablement solutions in 2020?

The internet has spread its influence far-and-wide. Today close to five billion people (57% of the world's population), browse it for diverse reasons. Can you guess the most popular way to access the internet? If you said smartphones, you've hit the nail on the head. Within this mobile connection arena, there's something of a technical revolution in motion creating, innovating, and developing new trends almost daily. 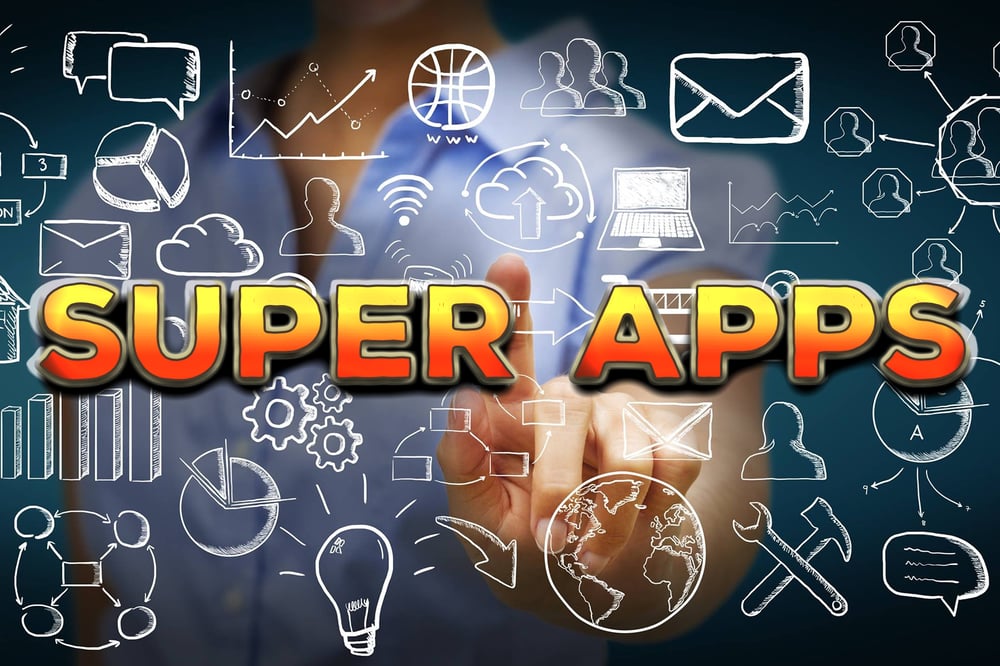 There are over 2.6 million Android, and 2.2 million iOS "single-purpose apps" available for download. It's the established go-to model that twenty years ago was nothing short of a novelty with a slow start. The two things that have made the single-purpose app so compelling is the focus on only one customer problem, with an easy-to-use interface. Also, these app types are scalable, even to worldwide dimensions, without a significant cost increase.

Like it often happens, just as Silicon Valley gets into the rhythm of things, something comes along that threatens to disrupt the app industry. In this instance, it's the emergence of the Super-App, and the center of discovery this time round is China.

The Super-App, instead of pinpoint focus, favors aggregation. The innovators want you to access numerous virtual options on one application, instead of having to log on to each one separately. The Chinese tech giants behind the move are Wechat and Alipay, in the front line. Since then, the movement toward digital tool aggregation has triggered the birth of a few followers. WeChat, on its own, has over one billion active users - an indication of the Super App tidal wave washing over the market.

So let's get down to it: What's the big Super-App attraction? Let's say you want to find the cheapest hotel while eating an order-in pizza, then in between pay some bills and buy some new running shoes. Ordinarily, in the now traditional app arena, it means navigating in and out of at least three different apps, probably more. The Super-App says no, we have it all here in one centralized place.

Well, that's all very well, but so what? Is this U-turn to the opposite end of the spectrum a real advantage to users? Once we address that, how can B2B business and sales enablement industries climb on to the Super-App bandwagon?

The big #1 benefit is providing the Super-App user a comfortable one-stop connection platform to multiple tools that impact his or her lifestyle. So many diverse services have pooled together on WeChat and Alipay, projecting the two pioneers as platforms in their own right. Not bad from relatively humble beginnings as single-purpose apps. The bundling of complementary, supporting, and related independent services in one place has created substantial benefits:

The glue that ties it all together is the willingness to share, where each participant will come out much stronger than when they went in. According to a conducted survey by Salesforce.com, 73% of sales professionals endorse the Super-App route. It appears that sales, service, and marketing uniformly agree that collaborative selling has increased productivity by more than 25%.


Sales enablement and the Super-App

If you believe in sales enablement, the Super-App pluses should be easy to see. Right now, your reps are probably employing a dozen apps or more. Some that come to mind are:

The list goes on depending on your industry. How easy would it be if all these apps were housed within one Super-App and technically "spoke" to each other, making navigation seamless and fast? It's not a big stretch of the imagination to convince a team that what works for a B2C situation is also a substantial B2B opportunity.

During our research of Super-Apps, we identified that Pitcher had attracted numerous cutting edge B2B functions, housing them on its platform. It’s a leader in automated sales enablement advances. They lead the charge in getting companies across widespread industries to recognize that it's a must for businesses to:

The reps, prospects, and customers have taken to it like ducks to water because the benefits are compelling. The Pitcher platform only includes providers that:

Aside from all of the above, there's a common communication thread. It connects all the tools so that they can converge on the customer's needs in a measured way.


Of course, delivering the full package is the final and critical step.

Pitcher has done that with a professional and adept touch. A sales-enablement Super-App is, without a doubt, a market disruptor not easily dismissed. The company has created a secure platform that:

Contact Pitcher to find out more. Super-App inclusion saves money and is affordable to SMB owners and entrepreneurs. You can no longer afford to ignore its ROI benefits and an undeniable boost to company revenue. 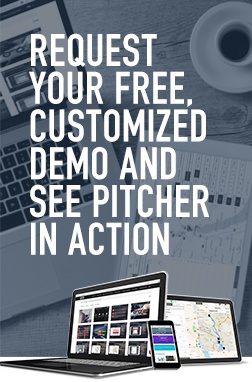